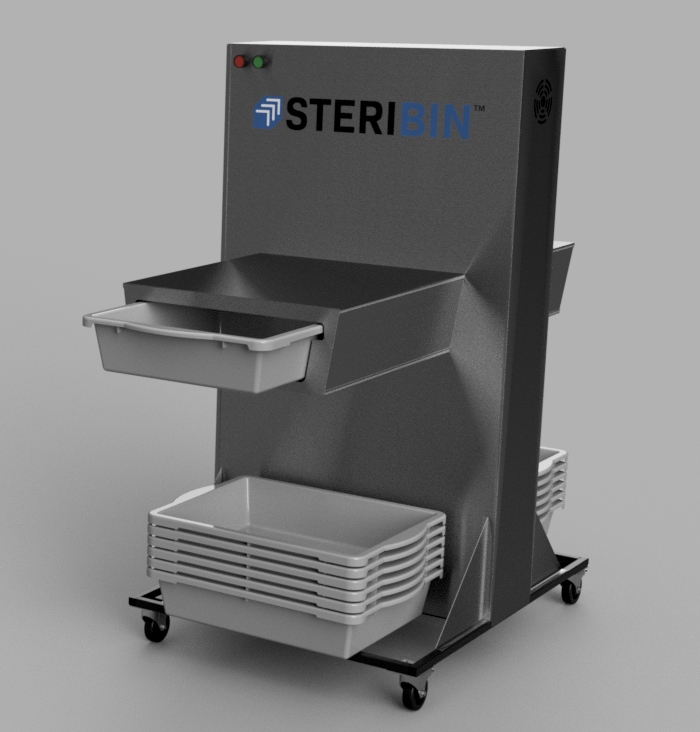 St. George, Utah – Steribin, the St. George-based start-up company who began development in 2018 for a device to disinfect airport security bins, has achieved two major milestones in the last week.

Steribin recently opened its first investment round, seeking to raise $300,000 in capital from accredited investors. After attention grew towards Steribin, the company found itself turning away hundreds of thousands of dollars from interested investors and closed the round at $300,000.

If a successful investment round were not enough to celebrate this week, Steribin was notified by the U.S. Patent and Trademark office that their long-awaited patent had been granted. “After many months of waiting and sweating bullets, it is fantastic news for our company and for the future of air travel safety,” said Steribin chief executive officer, Jon Cole.

Steribin’s patented device disinfects airport security bins in just a few seconds. Studies have shown the security bins to be eighteen times more contaminated than the toilets in airports, and airports have limited options when it comes to effectively disinfecting them. “Our device is a solution to a giant problem,” said Cole.

Steribin’s device uses high-intensity pulsed ultraviolet light and is designed to sit in-line with the security checkpoint. This allows bins to be disinfected quickly in between uses without slowing down the lines and without the use of harmful chemicals.

“As our product and company continue to progress, we’re gaining more and more traction worldwide, with virtual meetings arranged nearly every week with representatives in various countries,” Cole said. “Our ultimate goal is to have a Steribin device installed in every security line worldwide as standard equipment, just like an X-ray machine is now commonplace.”